Sabaté lives in exile in France, but since the end of the Spanish Civil War he has never stopped making sorties into Spain in an attempt to overthrow fascism in the only way he knows and considers effective: direct action. Christmas 1959, Sabaté is 44 years old, but he is ill, tired and depressed. His comrades in arms are all dead, as are his brothers, and this weighs heavily on his conscience. But he cannot give up the cause and disobeying all advice, he decides to travel to Spain, crossing the border on foot, as he has always done, and travelling through forests and mountains with the help of farmers living in remote houses who have always given him shelter, sharing his anti-Franco struggle with him.
He is travelling with four young men and although they are not true novices (except for Martín), they have no knowledge of these types of missions. Sabaté has always been known for his astuteness and strategies and this has helped him to survive 15 years without being hunted down by the police. But he soon realises that Spain has changed, that people are not always willing to help him anymore and that the police are one step ahead of him.
Eduardo Quintela, the former head of the Barcelona Brigada Político Social, or thought police, is now retired and Sabaté’s personal enemy. He specifically travels down from Galicia when he is told that Sabaté has moved from his confinement in France and may cross the border. Quintela, together with one of the Creix brothers, lead an operation whose aim is to locate Sabaté’s group and kill “public enemy number one”, as he is known by the Franco regime, once and for all. He is one of the last uncomfortable men remaining to be eliminated.
So despite their wariness, the group soon come across Guardia Civil agents at Casot de Falgars in the Alta Garrotxa, beginning a race against time, the pursued running away from the police to reach Barcelona and the pursuers trying to capture them. Amazingly enough, despite the huge show of police force, it takes them six days over the Christmas period (from 30 December to 5 January) to be able to catch Sabaté, or perhaps like Jesse James, he finally allowed himself to be caught.
This journey, structured like a road-movie with a hint of western, highlights the fears of these four characters and Sabaté, their past, their regrets and questions about their cause and the violence, uncovering the ghosts of the past of all these characters in a fast-paced adventure where both sides show that they are fine adversaries. But despite everything, it is an unfair fight that ends badly for our protagonists in the form of a tragic death. Perhaps somewhere deep inside, they knew that they had set out on a journey of no return. 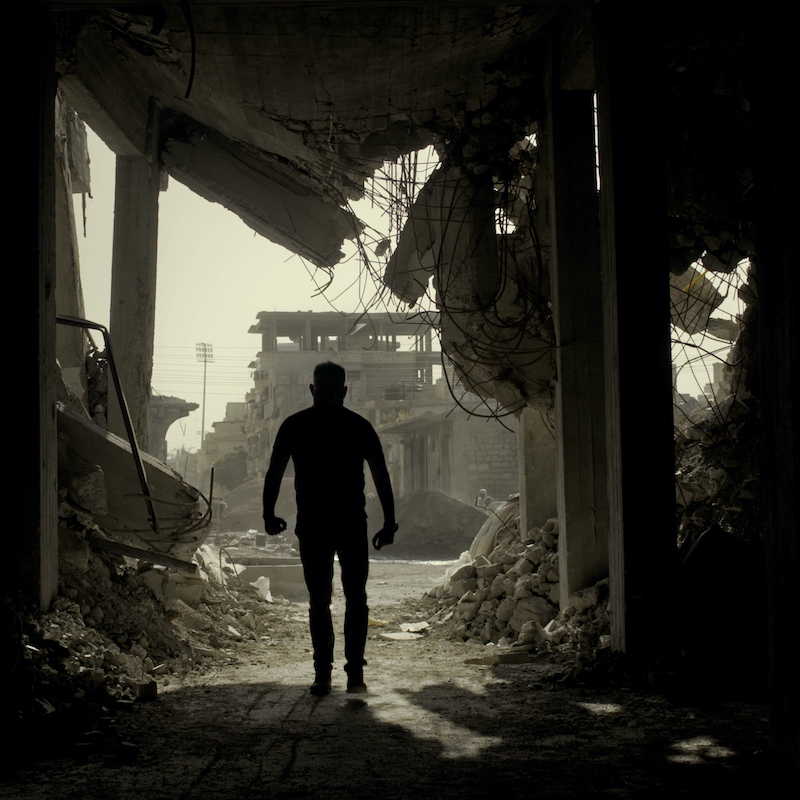